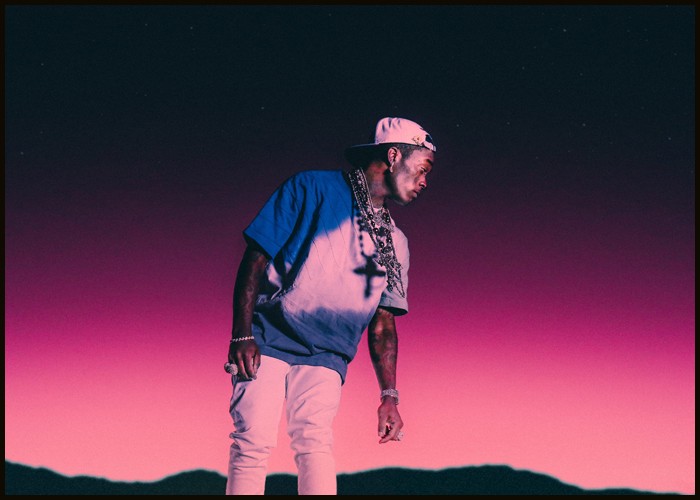 A video for Trippie Redd and Lil Uzi Vert‘s “Holy Smokes” released on Tuesday (July 20), shows the rappers having a blast in a local arcade with fluorescent lights blinking all over the room.

The video, produced by Nolan Riddle and directed by Mooch, features cameos from David Mauouz and Adin Ross. It begins with Mauouz witnessing an explosion in downtown L.A. and shouting “HOLY SMOKES!” after which a news broadcast by SSB World founder Ross announces Redd has taken over the city. Uzi is even seen burning a $100 bill in front of his face.

“I just spent me a hundred thousand, I treat it like it’s 20 bucks/I’m a Leo, now watch out before the summer up/Your girl got my name tatted, she swear she won’t get a cover-up/If he want smoke with me, that’s another blunt,” the Philly native raps.

The song, produced by Flansie and Sserotonin, is the second single on Redd’s Trip At Knight album.