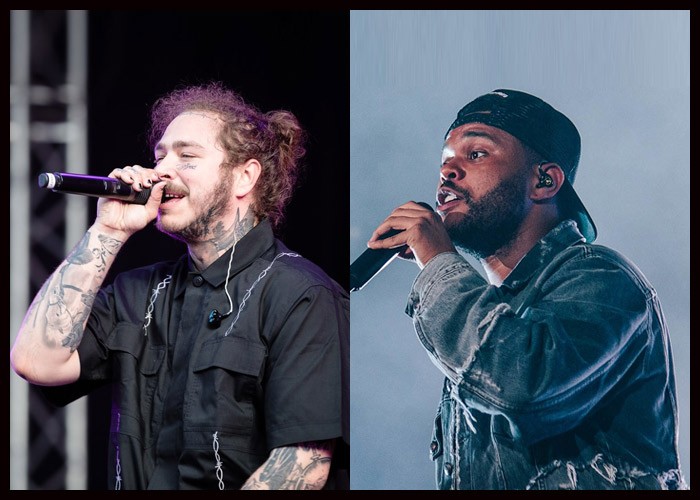 “You say you love me but I don’t care/That I broke my hand on the same wall that you told me that he fucked you on,” they sing in the chorus. “You think it’s so easy/Fuckin’ with my feelings/I got one comin’ over and one right now/One right now.”

The track will feature on Malone’s forthcoming fourth album, a follow-up to 2019’s Billboard 200 chart-topper Hollywood’s Bleeding. He had released a new single “Motley Crew” back in July.

Meanwhile, last month, the Weeknd postponed his “After Hours World Tour” to the summer of 2022, marking the third time the tour has been rescheduled. The trek was postponed twice due to the Covid-19 pandemic.

“The tour dates are moving and will commence in the summer of 2022,” the “Blinding Lights” singer announced. “Due to the constraints of arenas and the demand for more shows I want to do something bigger and special for you which requires more stadiums.”

He has also revealed that his upcoming album, tentatively titled Dawn, is done.