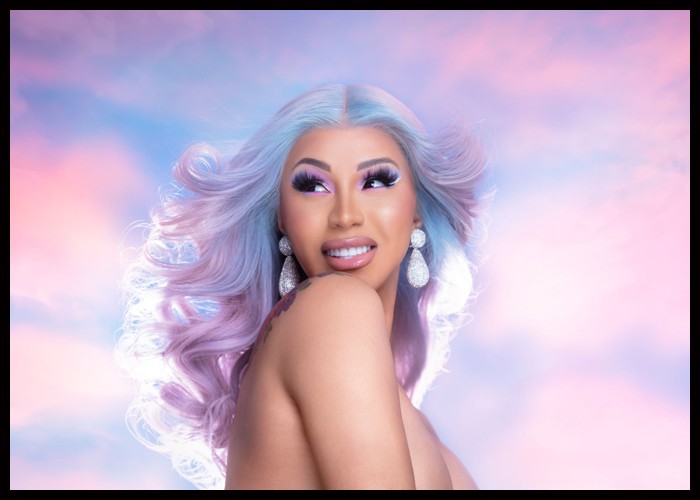 Cardi B, who recently became the first female rapper to bag multiple diamond certifications, scored her third Diamond certification after “I Like It,” featuring J Balvin and Bad Bunny, was certified 10x-platinum by the Recording Industry Association of America.

“OMMMMMMGGGGGGG @sanbenito @JBALVIN !!!!!!!!!” the rapper tweeted in celebration on Monday, December 13, after the song was officially certified.

Cardi also held a 13-minute live Instagram session with her fans, saying, “I want to say thank you to my fans and tell y’all that I f***ing love y’all. I’m thankful and grateful.”

“I want to say thank you to J Balvin,” she continued. “I have accomplished so much, but I still want more.”

The 29-year-old rapper had previously achieved diamond status in March with her 2017 breakout hit, “Bodak Yellow.”

Cardi B now joins Katy Perry as the only female artists with at least three diamond certification to their name.

“I Like It” was released on May 25, 2018, as the fourth single from Cardi’s debut studio album, Invasion of Privacy. “I Like It” is a Latin trap song that comprises a trap drum beat and salsa music. The track was written by the three performers along with Jordan Thorpe and Klenord Raphael.

The “I Like It” music video was filmed in Little Havana in Miami and has received more than 1.4 billion views on YouTube. The single had also topped the Billboard Hot 100.