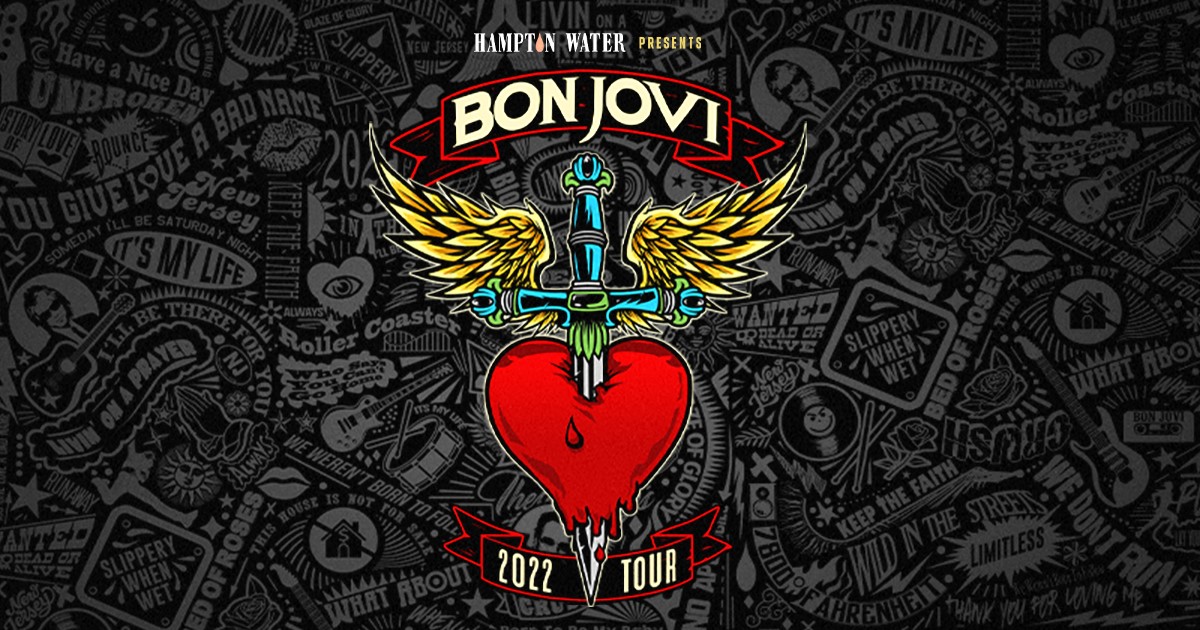 Rock and Roll Hall of Fame band Bon Jovi announced the chance for local bands across the country to perform on the highly anticipated Bon Jovi 2022 Tour. Bands are encouraged to submit an audition video of original music for the chance to open for the band at a concert stop on the tour. One local band will be selected for each tour date. For more information and to upload a submission, visit www.bonjovi.com.

The Bon Jovi 2022 Tour will launch this spring in arenas nationwide. Produced by Live Nation and sponsored by Hampton Water, tickets are on sale now.

Bon Jovi spent much of the past two years recording and releasing new music, while also creating livestream performance content and launching Bon Jovi radio for their fans. Bon Jovi’s 2020 was one of the most critically acclaimed album releases of that year with USA Today calling it “BRILLIANT” and Associated Press highlighting the depth of lyrics within the songs that “chronicle pain, loss, fear and death from the coronavirus, police killings and mass shootings.”

Bon Jovi remains one of the most prolific and sought-after tour tickets in live music today, and getting back on tour was a top priority for the band. “We have all missed touring and we know that nothing can replace the energy of a live show for the fans or the band,” said Jon Bon Jovi.

About Bon Jovi:
Over an illustrious career spanning more than three decades since their formation in 1983, Bon Jovi has earned their place among global rock royalty and was inducted into the Rock & Roll Hall of Fame as well as the Songwriters Hall of Fame. With over 130 million albums sold worldwide, and extensive catalog of hit anthems, thousands of concerts performed in more than 50 countries for more than 35 million fans, and ticket grosses well over $1 billion around the world in the last decade alone.  Bon Jovi is the consummate rock and roll band.