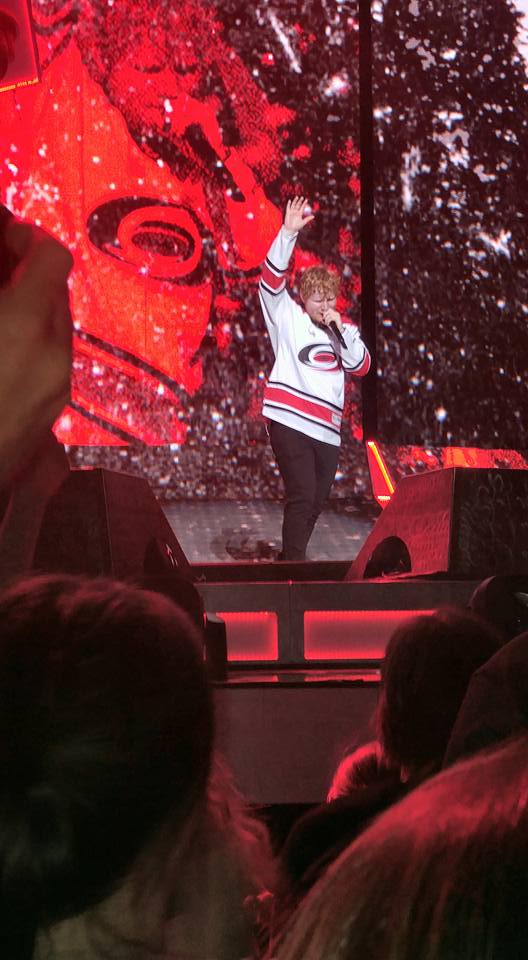 I’ve been to plenty of concerts in my lifetime. The first was REO Speedwagon when I was in High School. Followed by Ted Rundgren. Todd’s show came with an interesting story. It was his “Glass Guitar” tour. My friends and I were in the nose bleed seats. Todd and the band came out in black jeans and white t-shirts. They played for about a half hour, then they bowed and said “Good Night”! WHAT? Everyone was stunned! They clapped and stomped and carried on, but the band wasn’t coming back on stage. After about 20 minutes, people started getting up and leaving. We sat. About 30 minutes later, the curtains opened, the stage was set and the band came back in full-force! So many people were gone, we moved closer to the stage and rocked out for another hour and a half! An amazing show!

I’ve seen The Doobie Brothers twice. Once with every Brother that was ever a Doobie! I’ve seen my favorite artist of ALL TIME, Peter Gabriel. I’ve seen Kid Rock twice…the first time with my son for his first concert ever! I’ve even seen Tom Jones! That was a crazy show! Women REALLY did throw underwear at him!

In recent years, my most favorite concerts have been IMAGINE DRAGONS…INCREDIBLE! Wow can Dan Reynolds rock a stage! TWENTY ONE PILOTS! Those two guys are AMAZING in concert! AND…ED SHEERAN! And the awesome thing about Ed Sheeran was we got to meet him backstage…and it wasn’t a quick, smile, get out “Meet & Greet”! Ed actually spent time talking to each person who came backstage to meet him. He was funny and friendly and totally made my night…and my friend about fainted over the whole thing!

Truthfully, I expected Ed to perform with a band. So when his opening act announced they’d play one more song before “that dude with no band” came out, I was like WHAT? And, Ed came out on stage…alone…with a guitar and a keyboard set up on the stage. I was skeptical, but, boy did he show me!

Ed Sheeran is an phenomenal performer! One of my favorite concerts ever…performed by a one-man band…literally! And…the guy took the time to find a Hurricane’s Jersey and wear it! Gotta love that!

And when he really had the place warmed up…off came the jersey!

Ed’s dropped new music recently…a taste of his new album = which drops October 29th! LOVE both Bad Habits and Shivers so far…can’t wait for the album! And…can’t wait for Ed to come back to North Carolina! If you missed him last time…don’t miss it next time! He’s got 2022 dates booked like crazy overseas. Please, Ed, come back to the US! We know your wife must have some fondness for NC…she did attend Duke!