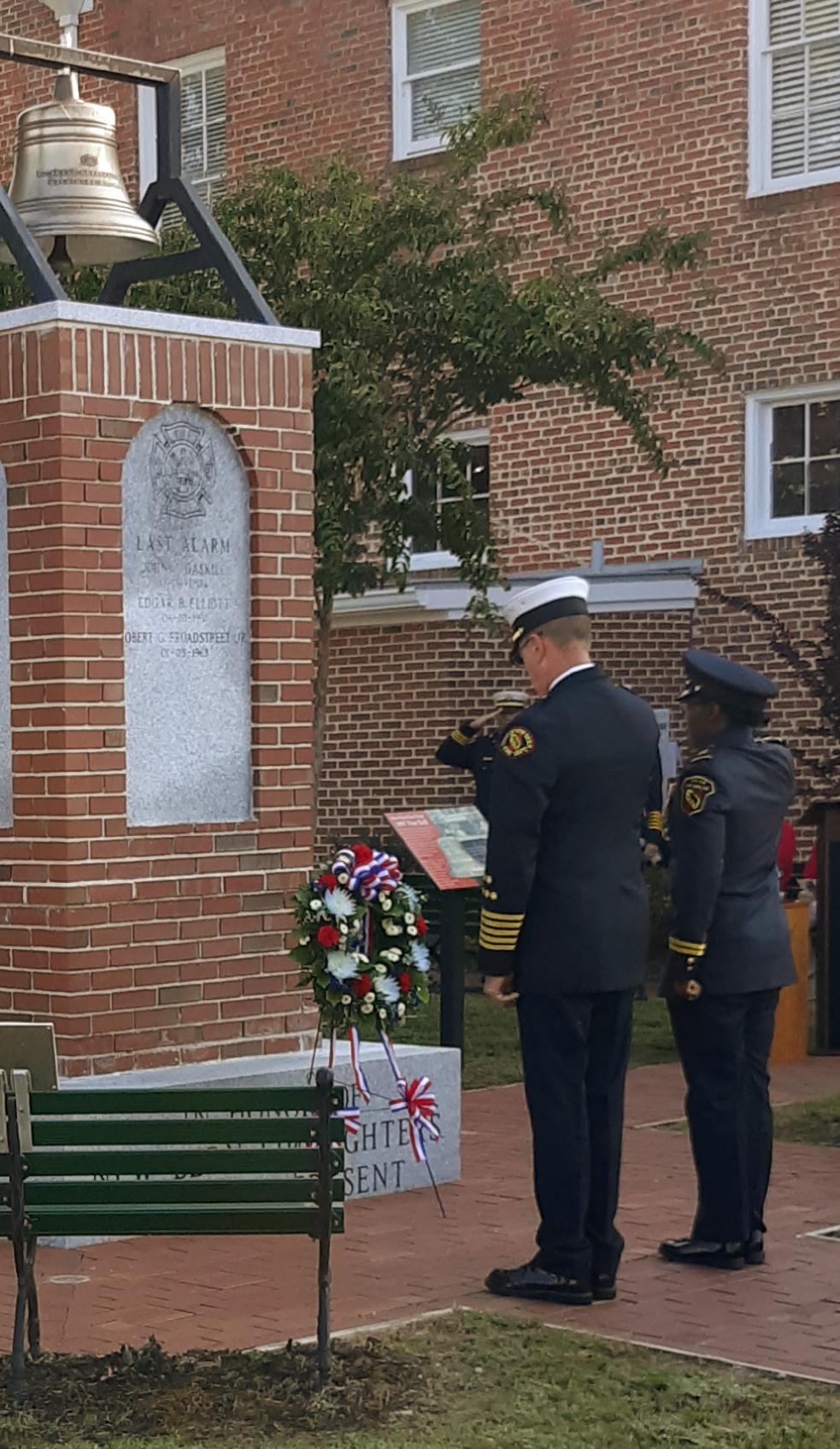 The twenty minute ceremony remembered first alert responders who helped save and assist numerous people that fateful day. It also honored those who gave their lives in doing so, which included 343 firefighters.

A special memorial for these heroes will be built at the museum in early 2022. More information will be available soon and will be shared on the museum’s website at newbernfiremuseum.com.