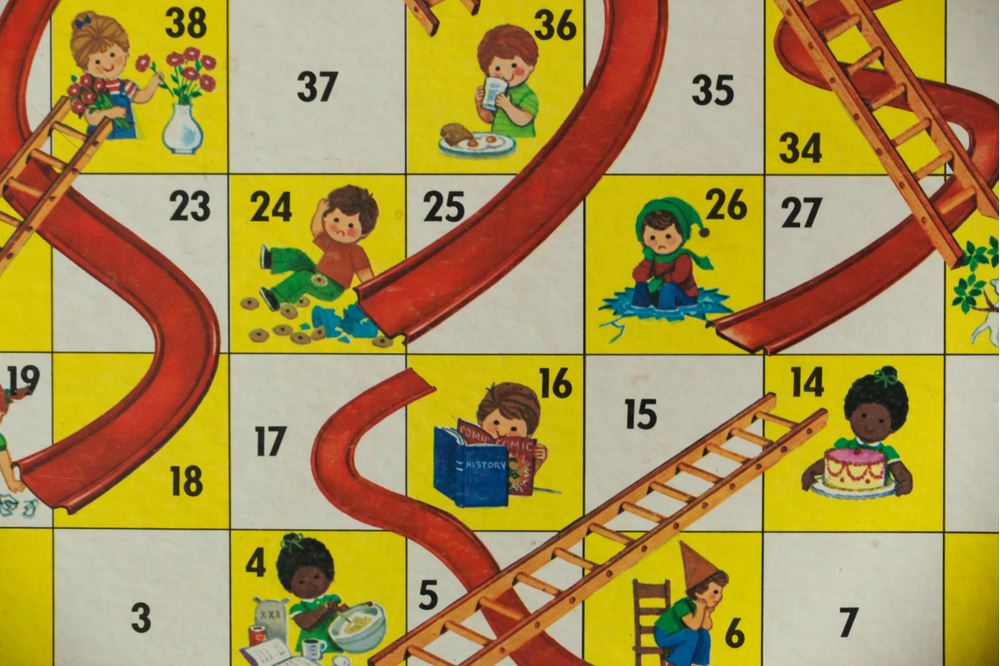 I will be 32 in August and growing up playing board games was a normal thing to do.  Now a days, those games have been turned digital and people are playing them on their phone, tablet or iPad.

As a kid we didn’t have many board games in our house but one I will never forget it Chutes and Ladders.  Originally called “Snakes and Ladders,” since Ancient India 2nd AD.  It is described as a board, race and dice game.  The game started to catch on around the world and once it made it to America, Milton Bradley published it in 1943 as “Chutes and Ladders.”

It’s a simple game of pure luck.  Players pick a character to play with, you roll dice and move as many spaces as the dice tell you.  The trick is if you land on a “Chute” you have to go down it and go back several spaces.  If you land on a ladder you get to move up several spaces.  Whoever makes it to the top of the board game first is the winner.  I think that’s why I liked this game so much, it was about luck not skill.

Yes, Monopoly, Trouble, Sorry are all fun to play but something about a good game of Chutes and Ladders really gets my adrenaline going.

What is your favorite board game?