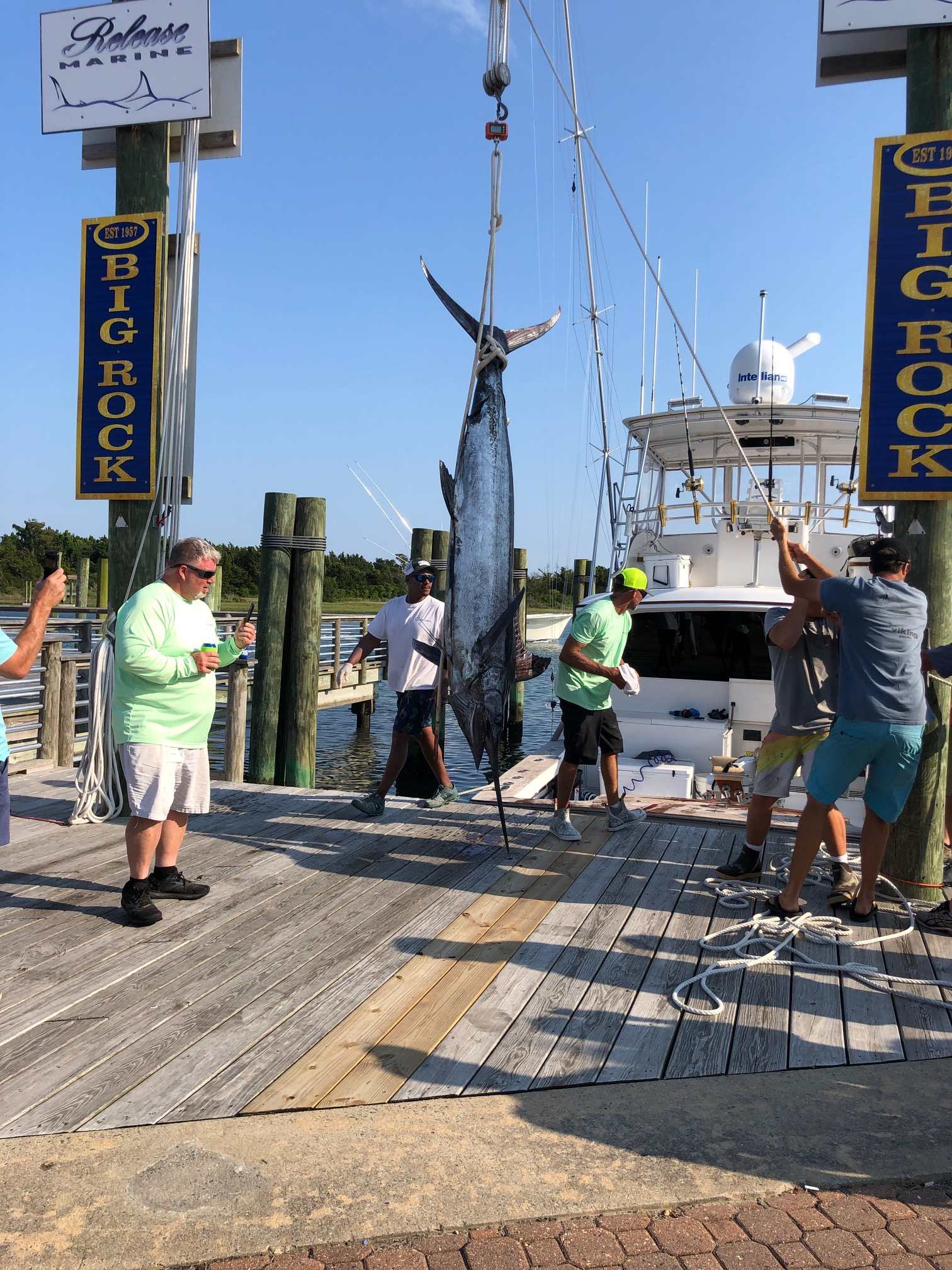 I am a city boy through and through as I was born and raised in Cleveland, OH.  I am so much of a city boy that I have never even put a worm on a hook or took a fish off the hook.

Needless to say, when I saw this Marlin yesterday, I was in aw.  I was hosting the Deck Party at Southern Salt Seafood Company & Waterfront Restaurant.  In the middle of the party of big fishing boat pulled up to the docks.  There was a gentleman at the Deck Party who stood up to check it out and he informed me what was going on.  He told me about the flags and what they represent when it comes which fish they caught.

As the boat was parking a crowd was gathering, so I made my way over.  As I walked up the men on the boat were trying to tie the Marlin up to weigh it.  After they got it hung, it came in just under 400lbs at 396lbs.  Now, to most of you that may be normal, but this fish was the biggest thing I have ever seen in real life.  It was the coolest, weirdest thing I have ever seen.  I was told for the Big Rock Tournament they catch much bigger ones than that.

The men who caught it were super nice and let me take some pictures, which I appreciate.

All I could think was, “how did they reel that in?” 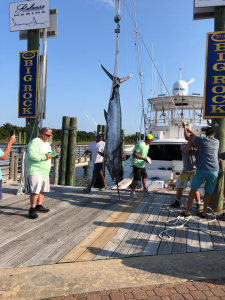