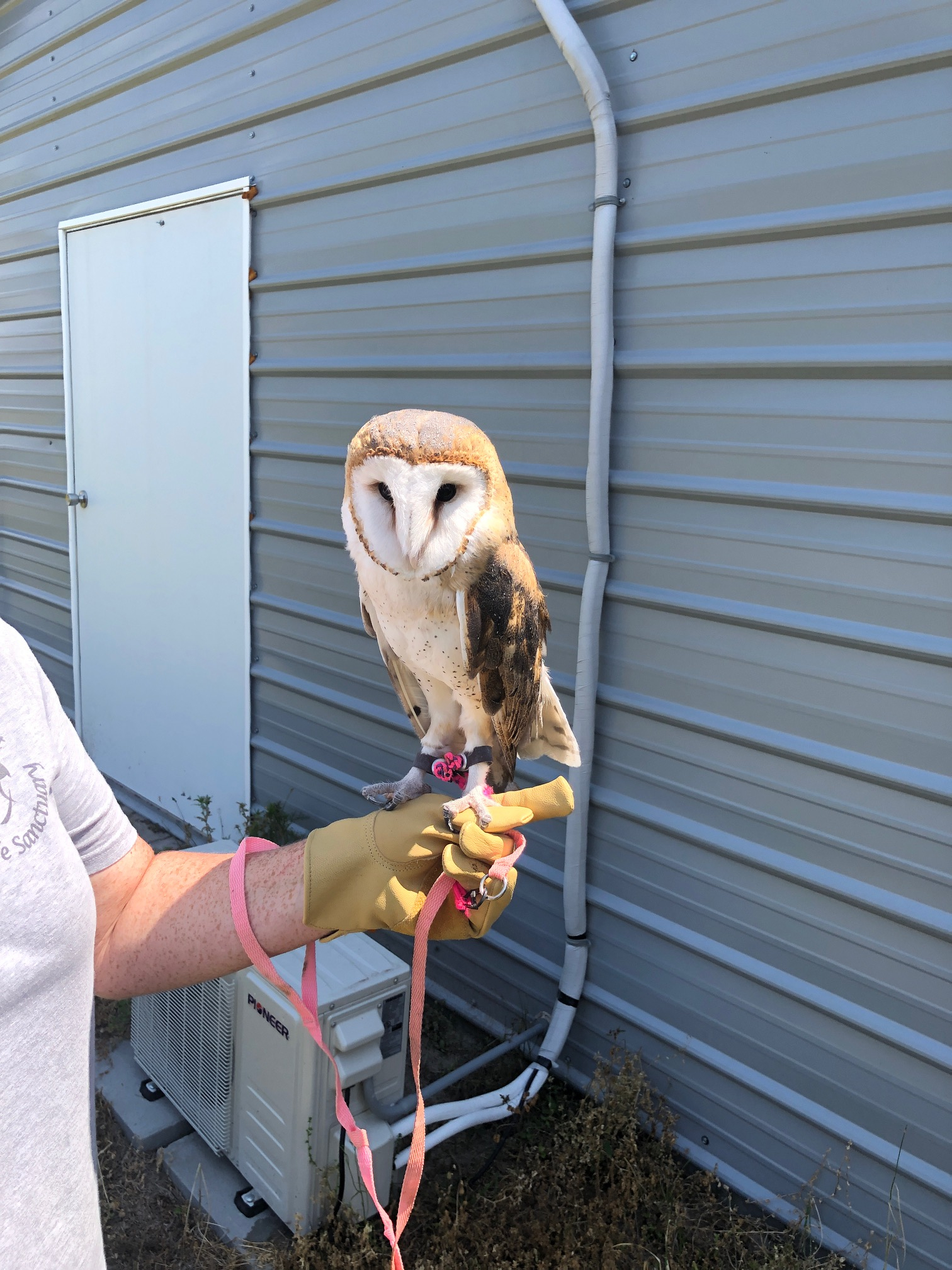 I (Brooks), made my way to Richlands this week to meet Tonya and her fellow wildlife birds.

I learned so much about birds and the wildlife in North Carolina, it was great.  Tonya is very knowledgeable and great to talk to.  I could’ve stayed there all day and learned about eagles, owls and more. (Tonya is the founder of Wild at Heart Wildlife Sanctuary)

On site she had several Bald Eagles, about 8-9 Owls, some Quail and an Osprey.  I can’t lie, I was in the same room as the Bald Eagle and I was a little nervous.  When that thing glared over at me, I wanted nothing to do with it.  Those claws on that bad boy were something else.  It was amazing to be that close to such a beautiful creature.

She had one Bald Eagle that was only a few months old and the top of it’s head was still dark, not the typical white.  Tonya says this is normal for younger Bald Eagles.  It was just weird to see because I have never seen it before and didn’t know it was a thing.

Most of the animals that come to Tonya, she tries to rehab and let back out in the wild, that is the main goal.  But sometimes that aren’t that fortunate to do so and some animals have to be put down.

Tonya is doing this all out of love and donations.  The sanctuary isn’t open to the public but just know Tonya is doing great things for the wild life in ENC.

Even though there was mainly birds at the sanctuary she takes in all types of wildlife.  If you see a wild animal injured, please contact the proper people and they will handle it.