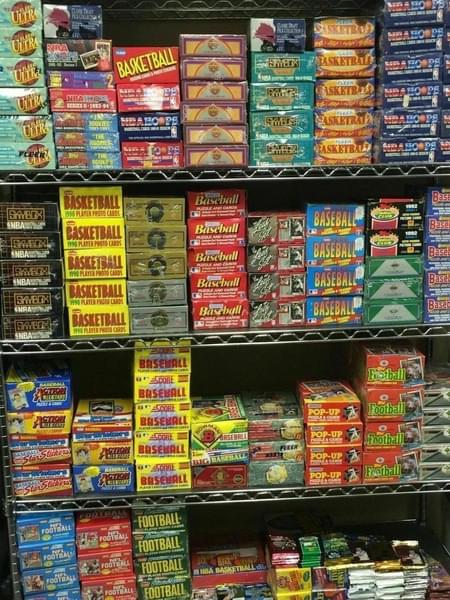 My five-year-old son is not only a fan of McDonald’s Happy Meals but also the current Pokemon cards that come with it. Recently, the restaurant needed to make a temporary toy substitution because they were out of cards. My boy was saddened by this and wondered out loud (through tears, unfortunately) why he was denied his expected Pokemon joy.
I used to love to collect cards when I was a kid, mainly hockey, baseball, and Star Wars. Not only because they were the cards I thoroughly enjoyed, but also because they were mainly the only cards available at our small-town grocery store at which they were sold.

Regardless, I had fun with my cards because I enjoyed looking at them. Yep – looking, reading, even memorizing them. It was how I got to know the players on my favorite teams. With the movie cards I was able to relive the adventures I had seen on the big screen as well as become quite the galaxy-far-far-away trivia whiz. They also provided some exhilarating sound effects in the spokes of my bicycle!

I guess I considered cards to be a toy, mainly because of the entertainment they provided, not because of their collector value they would obtain years later had I taken better care of them. Anyone else regret the condition of a Ken Griffey, Jr. rookie card because of the sunglasses and long hair that were provided (with a Sharpie, no less) for the future MVP and Hall-Of-Famer? Luckily, I happened to come across a fairly descent-shaped Nolan Ryan that is worth a few bucks but because of which I definitely won’t quit my day job.

The Pokemon card supply has again replenished today’s McDonald’s and life continues as normal in the eyes of my youngster as he collects the set. He’s having fun doing this as he and his Kindergarten buddies playfully race each other to become the first to obtain the completed collection, if it’s through Happy Meal consumption or by trading doubles with each other. Thankfully, having fun is what counts at the moment, not what each card will be worth some day. That is the bottom line as in doing so, it puts a smile on my child’s face and provides cherished memories, as it did for me.