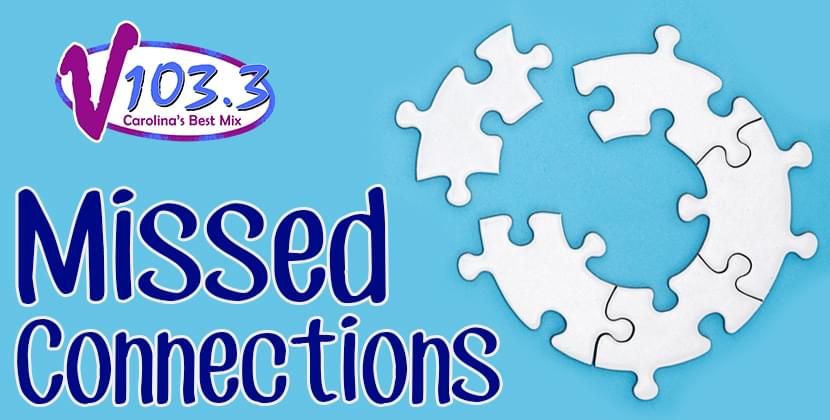 If any of these descriptions are describing you, please let us know either by messaging us on Facebook @V1033Music or email Brooks @ chris@v1033.com… Let us help make that connection.

U are B. from TT, this is T.S. U were standing next to me in line. I admired ur bulldog tat and u asked about where I lived. I told u it was just a whole in the wall but that u would be welcome. U said yes but that was a while ago. I really would like to see more of u so hmu if u read this. Plz.

A Man at Wal-Mart (New Bern)

I was in the Checkout line at Walmart New Bern 3 days ago when i briefly saw a Man that helped me with my car. I tried to get his attention but he left before i could reach him. Never got your name. You are about five nine, with blond to red hair. You are 55 to 60. I was the Older woman that needed a push. Long shot finding you but miracles happen. Thanks

I wanted to talk to you so bad at Pet smart

At pets mart, you were asking me about my dog and a collar. I wanted to to stay an talk to you because you looked adorable…I just couldn’t at the time. Tell me what kind of dog I had…I was the guy with a beard in a blue sweater….I really hope to you hear from you.