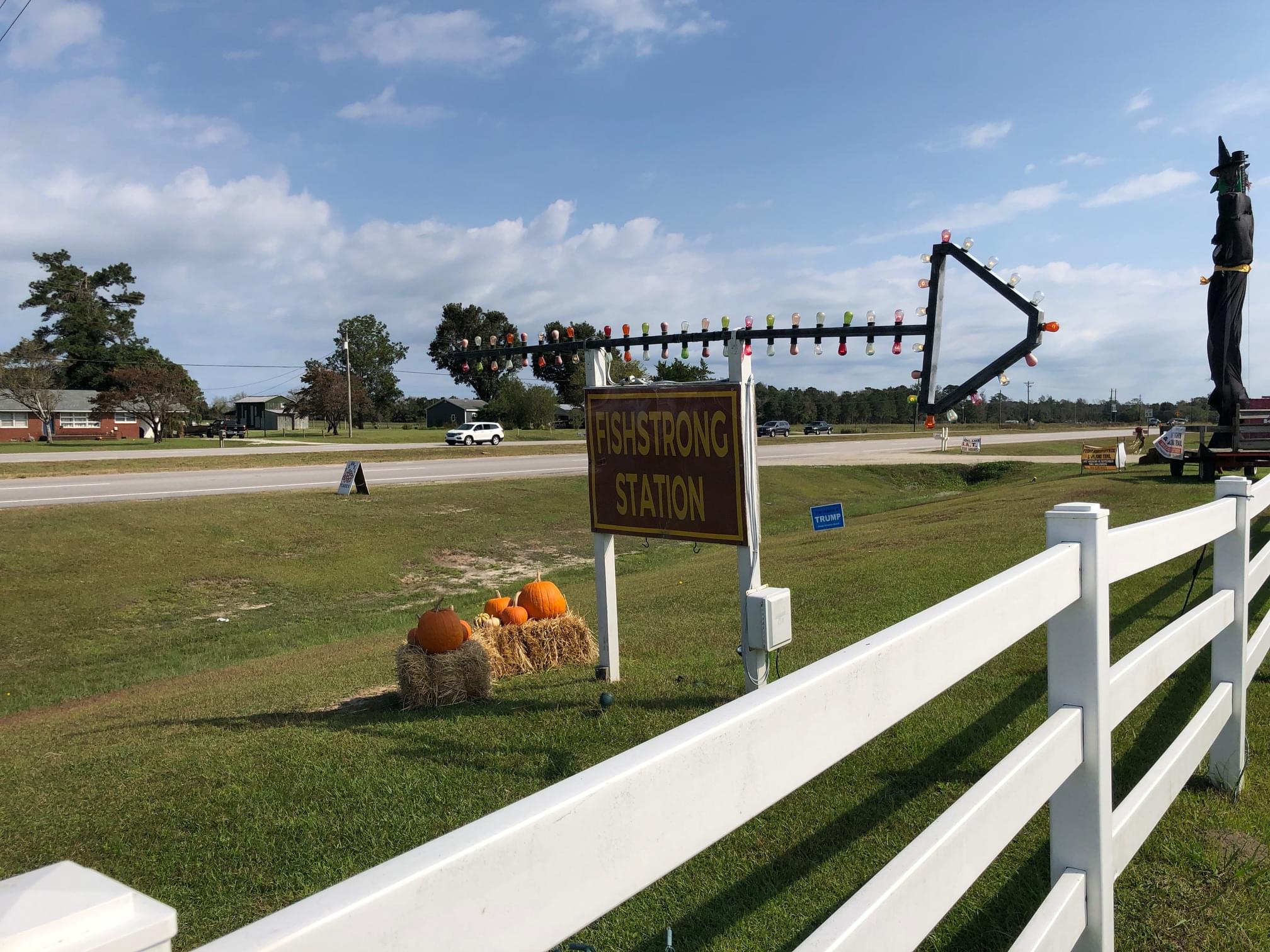 At 3100 Freedom Way in Hubert, NC, there is a scary route in the woods that most dare to enter but some don’t make it out…

The Fishstrong Foundation is not letting the pandemic stop them from putting on their annual haunted hayride and walking trail.  There is also food and crafts for the kids.  Plus, you can participate in carnival games, pick a pumpkin from the pumpkin patch and so much more.

The proceeds from this event go back to North Carolina families that are dealing with life altering illness.

Fright Nights will be every Friday & Saturday night during the whole month of October.  Ticket sales are from 6pm to 10:30pm and it closes once the last ride makes it through the woods.

What the Fishstrong Foundation is about: “Jeffrey Fisher was diagnosed with Stage IV Anaplastic Astrocytoma, a type of malignant brain tumor. When originally diagnosed at age 21, Jeff was given only two months to live. During his battle, Jeff started a movement called Fishstrong, which he defined as “the absence of fear in the face of insurmountable odds.” He used his diagnosis and his new-found perspective on life as a platform to reach out and help others. Although Jeff lost his fight to cancer after three years, the positive impact he had is profound and far-reaching. With his inspiring strength and indomitable positive attitude, he has become known for his heroism as people proudly wear the Fishstrong logo to promote Jeff’s philosophy of gratitude and resiliency.”