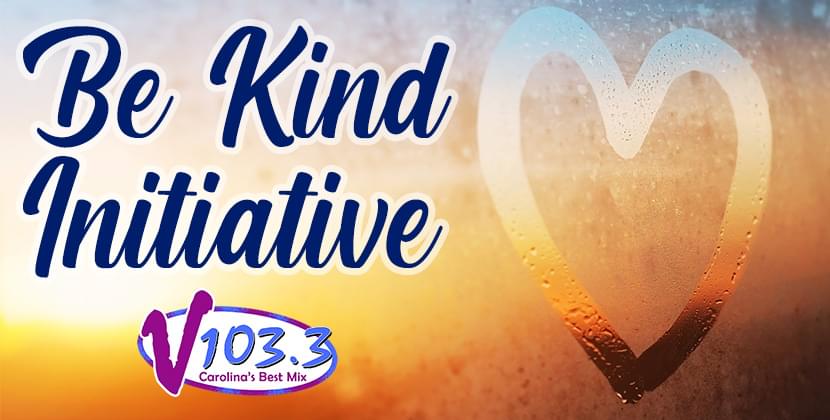 My adventure this week with the V103.3 Be Nice Initiative took me to Religious Community Services – RCS – in New Bern, a place I thought I would recognize since my last visit approximately one and a half years ago. Since then the premises have undergone major renovations and appear much more accommodating.

I was met upon arrival by Zeb Hough, the new RCS executive director who has been here a month since moving from Rochester, New York. Zeb, however, is no stranger to the South as he was born and raised in Selma, Alabama and is very happy to have relocated in New Bern with his wife and two children.

Zeb gave me a tour of the RCS facilities and also explained the purposes which each area serves in the building, everything from the community kitchen to the temporary shelters to the food pantry and clothing closet. There’s also a designated area for veterans assistance and a place for educational enrichment as well as help starting over. The new structure enhancements are impressive and contribute well to the positive aspect that inhabits the service center.

One thing Zeb admits somewhat hinders RCS at this time is the current nationwide coronavirus. Social distancing must be respected and therefore restricts the possibility of feeding the hungry inside the building. Food packages, however, are continually being put together by volunteers who graciously give their time and efforts to make this necessity available to those who are needy.

Zeb remains encouraged, though, and knows that despite the hardships, RCS is not going anywhere. In summary, he says RCS is still here and remains strong, thanks to its volunteers and the giving community in which we live. The pantry and the warehouse are currently operating at 100% as they were and the donations and distribution levels within the three counties which RCS serves – Craven, Pamlico, and Jones – remain the same.

Thanks to Zeb, operations manager Chad Morse and to everyone at RCS for the warm welcome during my time there. There are a number of volunteers needed at RCS for opportunities that urgently must be filled, everything from drivers and dishwashers as well as groups for the community kitchen and helpers in the warehouse. Please see the information below to find out how you may be able to assist those in need this summer and beyond.

(left to right) Zeb and Chad inspect boxes which will be filled with food and supplies and taken to the needy in James City later that day.

Volunteers prepare a meal to soon be served in the Community Kitchen, an area of the building that will feed 75-90 persons at a time during normal times.

Just a few of the donations in the warehouse which help RCS provide for those in need in ENC. 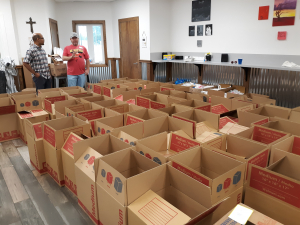 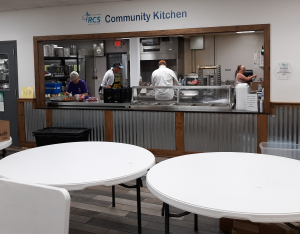 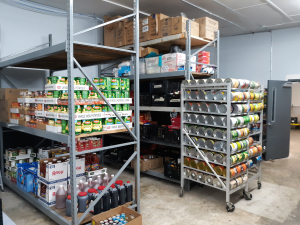